Just found my first 2 episodes of the Bill as a screenwriter on YouTube. From 1998 the half-hour was the very first professional writing gig I ever got. I’d never thought a plumbers son from Coventry like me could ever be a writer so I was/am very proud of this. I have this on my office wall to this day. 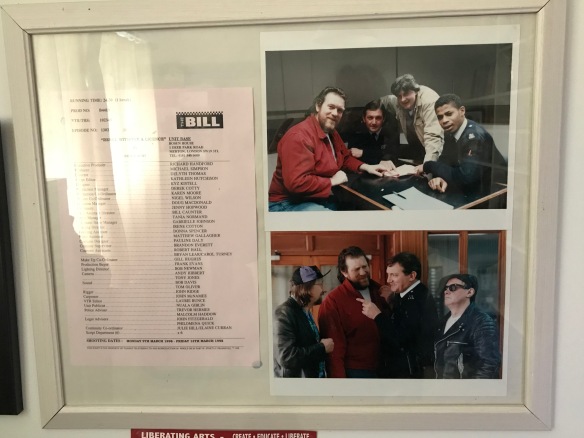 The hour long S.A.D was a “Christmas Special” broadcast on New Year’s Eve and is quirky and great fun with the first child birth in the Sunhill cells. 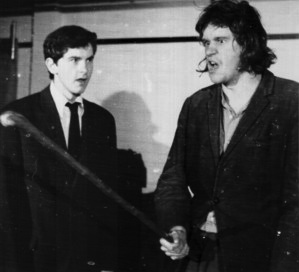 My first tutorial at University. 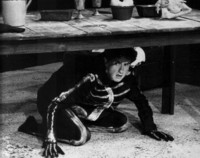 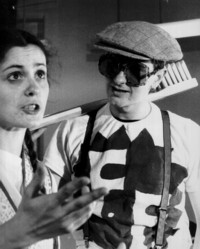 My first job – Lincolnshire Roadshow T.I.E circa 1980. This is the glorious ‘Desmond The Dentist’, a mastrerpiece – and I still know Desmond’s theme song. 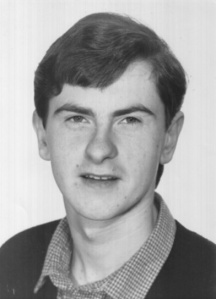 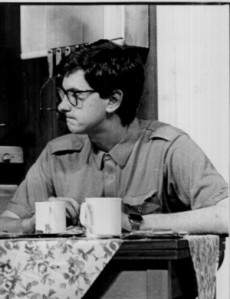 And here’s me as Lawrence Watt in Alun Williams ‘Mean Streets’ for Hull Truck circa 1981. The first in a long line of not so loveable wallies! 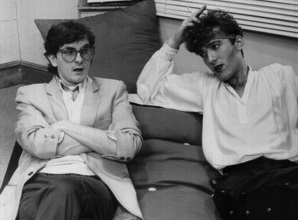 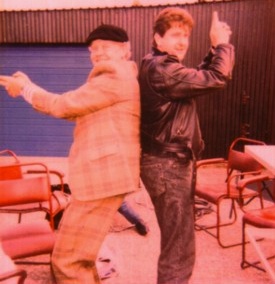 Me and Dudley rehearsing for the Lovejoy bubble – Catchpole & Dill! 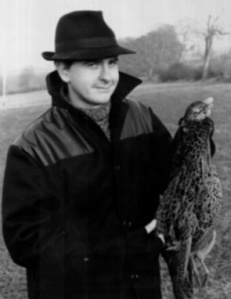 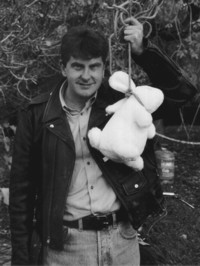 And now I really have lost the plot! 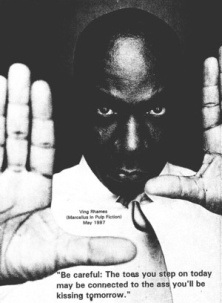 The best advice you’ll ever get.

“In particular Cris Jury’s Lawrence is a minor masterpiece, a ball of frustrated longing with the frame of the school twot and the most expressive adam’s apple in living memory.”

Now that’s what you call a review!

No these aren’t the comments of the Producers I have worked with over the years. They were just a few of the comments made by people who left the Civic Theatre Scunthorpe on Monday 9th October 1980 after seeing the same play Mean Streaks. We were banned from ever appearing there again! It’s one of my proudest achievmentrs in showbiz.

Story of my life.

“Chris Jury a versatile and immensely promising character actor, plays the only attractive member of the group.”

I think Frankie Barber and Ian ‘Otis’ Reddington might have something to say about that!

A Code For Living

Peter’s Law – The Creed Of The Sociopathic Obsessive Compulsive

Apparently this is a joke – it all seems eminently sensible to me.

Back To Top Of Page